Sidetracked is in Oakleigh South (Melbourne) and features Laserforce, as well as Go-Karts, Dodgem Cars, Bowling, Mini Golf, Video Games and Café – all indoors. It is Melbourne’s most popular indoor fun park. Come in and play with your friends – or organise a party. We hold ‘BootCamp’ every Friday night where 13 year old plus can get 6 games of Laserforce, with training in the many different types of missions, from 8pm to 11pm. Our maze is 500 square metres and is multi-level, featuring laser effects, swirling fog and a thumping soundtrack.  We have 40 Laserforce suits available.

Sidetracked was established in 1991, and we have become the ‘go to’ site for Laserforce in Melbourne, which is widely recognised as one of the best laser tag arenas in the world (maybe even the universe). Visit our website www.sidetracked.com.au for more information – or phone us on 9562 7607.

The nearest railway station is Huntingdale Station (on the Cranbourne or Pakenham line). Sidetracked is at 370 Huntingdale Rd. South, Oakleigh South, between Centre and North roads. Melways 69 J12. 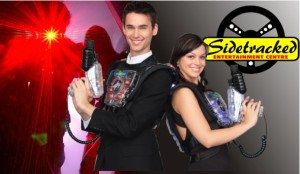 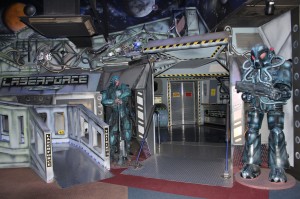 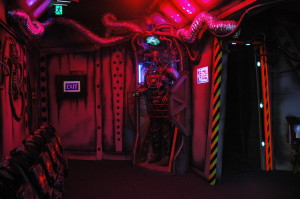