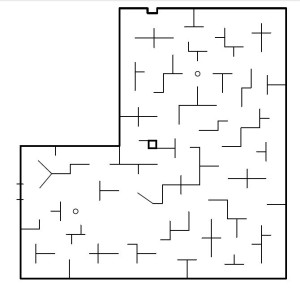 Game of laser tag in 2017 will be 40 years. Since 1977, when George Carter came up with Photon – a prototype laser tag, the game has undergone many changes and has acquired interesting facts that we hasten to share. The first guns were fired in 1979. Package called Star Trek – two unpretentious blaster with sensors. The world’s first laser tag arena -Photon opened in Dallas (USA) in 1985. Brand Laser Tag for the first time the company began using the Worlds ofWonder in 1986. In the same year the company began to actively sell game kits, consisting of two blasters, holsters, belts and a special bandage, which is attached to the sensor. The ban on imitation of the muzzle flash was held in 1987 after the terrible incident. In Los Angeles, a policeman shot and killed a teenager who jokingly addressed him with a toy gun simulated muzzle flash. The police instinct of self-preservation and reaction to the threat. The most popular modification of laser tag – Q – Zar was created in 1987. The company went bankrupt in 1997, but there were followers who produced modified guns of the same name until 2005. The first laser tag arena in the CIS countries opened in Minsk in 1985. The oldest arena for laser tag in Russia still exists today in the shopping center in Moscow “Roll-Hall”. The opening scene took place in 2005. The first Russian laser tag was created in 2001 by developers from Novosibirsk In 2006, the number of laser tag arenas in the CIS countries was 50 pieces, whereas in the US there were more than 700. The first tournamentstarted on laser tag at 2006 in Europe. The biggest laser tag arena in Russia , with an area of over 2,000 sq.m. opened in 2015 in Moscow at the Exhibition Center. 436 people – the highest number of participants in the game were recorded in the tournament in Australia in 2013. The list – is not all that is known about the laser tag . On many other interesting facts will be discussed in the next selection.

Become the hero of the beloved sci-fi movie or computer game could be anyone. Laser tag arena – is the embodiment of the virtual reality world of action and an impressive sight. Fantastic game in reality carried out in a specially designed maze as opposed to the outdoor laser laser tag, and it allows you to pre-create the reality of the layout of a computer game, think about the concept, design and special effects. The illusion of a virtual world to successfully create the special effects and light weapons, which we describe in more detail. Weapons in laser tag arena is fundamentally different from the weapon for outdoor laser laser tag. It is easier in several times. In the arena of the maze to move more difficult than in the open air in such a space requires more dynamic and to play a battle for the participants was relaxed and cheerful occupation, weapon in the arena of laser tag light – who wants to run with a heavy gun and choke on the severity? Weight weapons is particularly relevant for the inexperienced players or children who are unlikely to cope with something massive and heavy. Such weapons are often transparent and equipped with LEDs. They shine brightly in the darkness and create additional kosmoeffect.

INSTRUCTIONS FOR USE: HOW TO PLAY LASER TAG?

Preparing for laser tag begins with the appearance of the participants. If the player’s team planned the presence of women, is to warn about the absence of heels and uncomfortable clothes, snare. Often there are times when playing laser tag is becoming a surprise to many players. The surprise here is not quite appropriate, it is important to take care of clothes, then in order to avoid inconveniences and disgruntled team members remained seated on the bench. Before the game, it is strongly recommended to take the gadgets, or they can be broken or lost.

Once issued weapons, players will be sent to the playground, where necessary instruct. Participants explains the rules and principles of laser tag equipment. It is sure to show how the shot looks like “combat wound” or “death.”

So, the game is on! It is not necessary to disassemble the weapon out of curiosity and to check its strength. During the game you can not go in tactile contact with the players. Use weapons and does not give the players an aura of immortality, and to show their courage in the form of jumping over obstacles it is not recommended to avoid physical damage. The conflict on the playground is meant solely scenario, so that ethics is also important. Remember the good mood and compliance with all rules in laser tag , then you definitely waiting for the drive and fun! 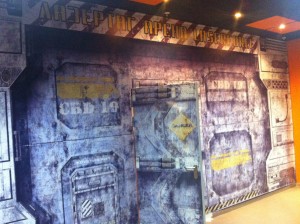